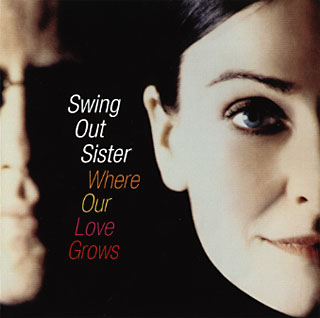 Thank You Kun Kim for running a great website. www.swingoutsister.com

...and everyone who helped in the making of this album Paul would like to say thank you to - my father Michael O'Duffy (1918-2003) Belinda for putting up with me, Isabella and Amelia forgetting their dad, Allen Jacobs for all your invaluable publishing experience and Bracken the collie for always giving me a warm welcome home

With thanks to Nina at The Strongroom, Steve at Pierce, Henry at Milo

Track 3 contains a sample of the recording "I Can See Only You"
as performed by Roger Nichols & The Small Circle of Friends.
Courtesy of A&M Records under license from Universal Music Enterprises Used by permission. All rights reserved.

Track 4 features samples from the Herbie Mann recording
"Don't Say I Didn't Tell You So".
Produced Under License From Atlantic Recording Corp.
By arrangement with Warner Strategic Marketing