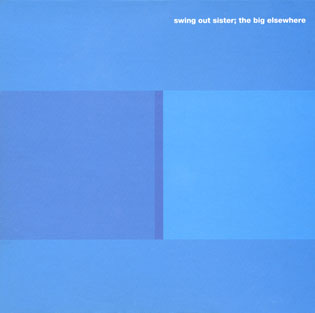 To everyone at Mercury Records; a big thank you!

"38.3" she says, as she takes the thermometer from underneath the tongue. The sterile taste lingers in my mouth. She then reaches for the globe, accumulating some dust of months, and spins it before me. "38.3" she repeats in a deadpan voice like a roulette dealer from Atlantic City (her name would have to be Marge). "See, if it's the northern hem, you got Lisboa, Palermo, Athens and da-li-da." She then spins it in reverse. "And to the south, you got nothing, and nothing and...ho, Buenos Aires. Isn't that something? After nothing but water, what you finally get is some nice air...That calls for a pup snack, don't you think?" and adorns a knowing grin to this unexpected discovery. "Now, what you need to do, buster, is to haul yourself back down to the 36.5 zone, where the aires is much bueno. So's you got Taingier, Algier and then Frisco..." she says, not even realizing she'd just sidestepped the whole of Asia.

So that's what I do. I give in to her lips of command, reclining myself into a deep, deep siesta, and feeling her breath on the pillow beside me, and the cold towel she put on my forehead.

I lay there spinning the globe left to right, tracing the fingerprints in the dusty layer. Though, now that I've reached the 36.5 lateral, I see no on waiting for me. All I see is water, and nothing but. I call out and all I get is my own echo.

Suddenly, a steller's jay embracing porcupine flutters from out of nowhere. Her wings are pierced and bleeding by the other's spines. Her voice is hoarse from weeping. "